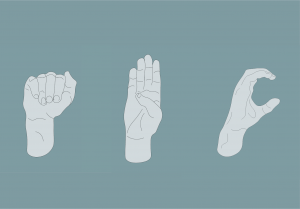 Hi! My name is _________. The ASL alphabet is an essential function of the language and is often relied upon by beginners to communicate while learning more vocabulary.  Check them out below.     Challenge: Learn your ABCs, then post a video on Facebook or Instagram fingerspelling your name (add. . . + Read More 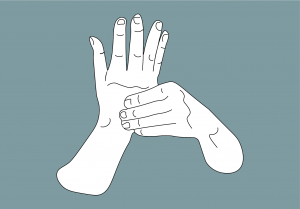 Every language has art forms centered around it (poetry, music, etc) and ASL is no exception. This post will dive into popular styles and devices used in ASL poetry. Many thanks to Kenneth Lerner, at RIT for interviewing, teaching, and sharing poetry resources! Poetic Devices  Speed changes can be used. . . + Read More 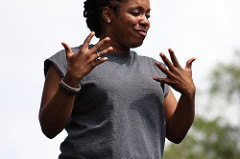 American Sign Language (ASL) is a visual language that uses the face, hands, and body. Signed languages, like spoken ones, are not universal. ASL is used in the United States, but there are many others worldwide, including BSL (British Sign Language) and LSE (Spanish Sign Language). Instead of telling, American. . . + Read More